We are water. Literally. So we need to be drinking a fair amount of it daily. Try to drink tap water in reusable bottles. Unless there is something very wrong with your municipal water or you know your well water is contaminated, there is no reason to drink bottled water. Bottled water is a farce. It usually is the very municipal water you think you're avoiding by buying tap. So you're spending several dollars on something that is free – and less regulated than municipal water, I might add. A total rip off. And then there are all of the eco-implications and repercussions of the actual bottles. Think of the energy used to make those bottles, fill them with water, and then transport them all around. Sure, most places recycle the plastic most water bottles come in (PET #1) but many of those bottles wind up in the trash or in the gutter, not in the recycling bin. And they take 1,000 years to break down in a landfill. Spending money on something that is free and then drinking out of virgin plastic for maybe an hour that will then sit in a landfill for 1,000 years doesn't sound like good common conscious. So we don't do it.

Everything else is a pretty huge category. Think about what you drink over the course of a day. Green the items you drink the most of to make the biggest impact. For me that's coffee, some tea, and wine. I don't drink much hard alcohol or beer but there are certain local/organic or just organic versions of both. Choose these. It's amazing to me how many people  who eat a very conscious diet but forget somehow to drink sustainable coffee, tea, and wine. These, like your veggies, are plants. They can be highly sprayed or unsprayed. There are considerable labor issues when it comes to both – always look for Fair Trade coffee and tea. Depending on where you live, these can be local or from very far away. When it comes to coffee, shade-grown is another label to look for. The choices for organic/biodynamic/natural/sustainably grown grapes abound. Organic wine used to have a bad reputation but these taste great. Depending on where in the country you live, American wine might be less green than French. It has to do with transportation miles and economies of scale, not to mention irrigation.

What I don't delve into in the book is the sort of drinks that line the beverage aisle and drinks cases in most supermarkets. Soda isn't a conscious choice. If you want bubbles with flavor, buy a home seltzer maker, use it, and add some home squeezed juice. If you choose to drink it, do so knowing how much water is involved and how the sugar that is processed into high fructose corn syrup affects both you, the farmers that raise it, and the earth. Juice is an odd middle ground territory. If you don't live near an organic orange grove but do live near a low spray apple orchard, drinking the latter for breakfast can have considerable conscious impact. Besides, so much that is sold in bright plastic bottles as juice is mainly water and sugar, with flavor and maybe some juice mixed in. A good way to drink real juice is to buy a juicer and make it yourself.

Polystyrene cups, though cheap, are not without their negative traits.

Polystyrene foam, commonly referred to as Styrofoam, a popular brand of polystyrene, is used in a variety of products, ranging from packing to culinary elements. While the foam is light and cheap to purchase, there are downsides to using polystyrene foam cups, from environmental hazards to personal health risks.

Production of polystyrene creates pollution in the air, as well as in the form of liquid waste, and is one of the world's largest industries in terms of pollution created. In addition to pollution from the creation of the polystyrene, an EPA study found that when burned, polystyrene gives off 57 chemical byproducts, making it a toxic hazard in the event of a fire.
Natural Resources Consumption
*

In order to create polystyrene for use as cups, the industry requires the use of non-renewable resources. Polystyrene is created using byproducts of petroleum which are heated, then infused with gases to generate the foam. An increase in consumption of polystyrene products like cups requires an increased demand for the petroleum, resulting in faster depletion of the world's oil supply.
Contamination
*

Polystyrene cups are commonly used for beverages which are served hot, as the insulation helps to protect the hand of the drinker. Unfortunately, putting heated drinks into a polystyrene cup poses a potential health risk to the drinker. As the hot liquids begin to heat the container, the cup leaches trace elements of polystyrene into the liquid within. As the consumer drinks the contents, he in turn takes in the chemicals. While trace amounts from sporadic consumption are not harmful, there's a risk of neurotoxins in high concentrations.
Health Risks from Styrene
*

If excessive ingestion of sytrene occurs and allows the chemical to build up to unhealthy levels within your body, you will be exposed to several health risks. In addition to being a possible carcinogen, studies have shown that styrene can lead to neurotoxic damage, which results in such symptoms as fatigue and difficulty sleeping. Styrene buildup has the potential to lower platelet counts and hemoglobin levels, and increases the risk of lymphatic or chromosomal abnormalities.

Email ThisBlogThis!Share to TwitterShare to FacebookShare to Pinterest
Newer Posts Older Posts Home
Subscribe to: Posts (Atom)
Slow down, make less,
do it better: be happier 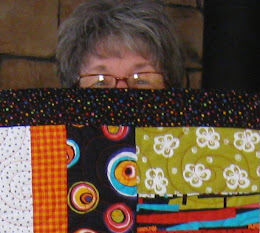 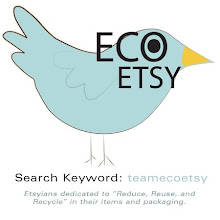